The St. Royals 9 greeted the couple for the first appearance in the reception with their favourite Dave Matthews Band song, “You and Me” for their first dance. That was followed by a wild and energetic live Hora that brought everyone to the dance floor to honour the new couple!

Sarah and Adam came to a showcase to see the St. Royals at the Drake Hotel in January 2014, after a recommendation from Sophia at Melissa Andre Events.  I met with them at the following showcase in February and discussed some entertainment options. They had a pretty clear idea of what they wanted at the start, but after working with them over several months, their vision for the entertainment evolved to include live music throughout the entire day.

In June over a phone consultation Adam and I began talking about some other music options for their wedding. They had been refining their vision for the overall atmosphere and party elements and were specifically interested in having as much live music as possible – including music for the ceremony, cocktails as well as options for a larger St. Royals band for the reception. We decided on upgrading the initial booking of a St. Royals 7 to the St. Royals 9 for a more dramatic finish to the evening. We also added a live jazz quartet for the cocktail reception, which was taking place on a mezzanine level overlooking the main ballroom and was by far the best option as it was live, and a much simpler AV setup than using a DJ up there.

For the ceremony, we initially decided on a St. Royals duo with guitar and piano, but eventually customized it to appeal to one of the groom’s favourite groups, The Piano Guys, and created a piano and cello duo. A challenge presented itself in finding and producing custom arrangements (sheet music) for the duo, as it is a rare configuration. Extensive research went underway and with the groom’s keen help, we ended up locating the missing pieces!

In the final weeks of preparation full audiovisual production assessment was completed by Mike from the St. Royal Production team, coordinating directly with both Sophia from MAE and the clients. MAE had us bring everything for a seamless integration of entertainment and production from ceremony to reception including: a complete stage for the 9-piece band and a white drape backdrop, a 4 movers (moving lighting system) for a dramatic effect on the dance floor, uplighting around the perimeter of the entire ballroom for a beautiful colour wash of the Arcadian, a wireless mic for speeches, and a custom white speaker system for the ceremony duo to match with the floral arrangements.

"A challenge presented itself in finding and producing custom arrangements for the piano and cello duo, as it is a rare configuration."

On the day the event ran very smoothly. Full setup took place during the afternoon with St. Royal Production running all the audiovisuals including the sound systems and room lighting for the ceremony and the reception.

The wedding was a beautiful, music filled event and a collaboration of some of Toronto’s finest event vendors. The custom duo arrangement of cello and piano for the ceremony lifted the couple down the aisle to some of their favourite music.

Following the ceremony, guests were treated to cocktails upstairs on the mezzanine with a St. Royals jazz quartet – lively and swinging and a nice transition to set the mood before dinner. The St. Royals 9 greeted the couple for the first appearance in the reception with their favourite Dave Matthews Band song, “You and Me” for their first dance. That was followed by a wild and energetic live Hora that brought everyone to the dance floor to honour the new couple!

During meal service, the St. Royals band worked closely with the Melissa André Events team and stitched live music ‘mini sets’ in between meal courses and speeches to keep the guests lively and entertained throughout a fantastic meal. After dinner service, the St. Royals band opened the dancing with the Father/Daughter dance to “My Girl” by The Temptations and then took over with their crowd pleasing soul & Motown repertoire and had the guests dancing and celebrating into the night. The St. Royals DJ service kept the party going with seamless music during band breaks and right until the lights came on! 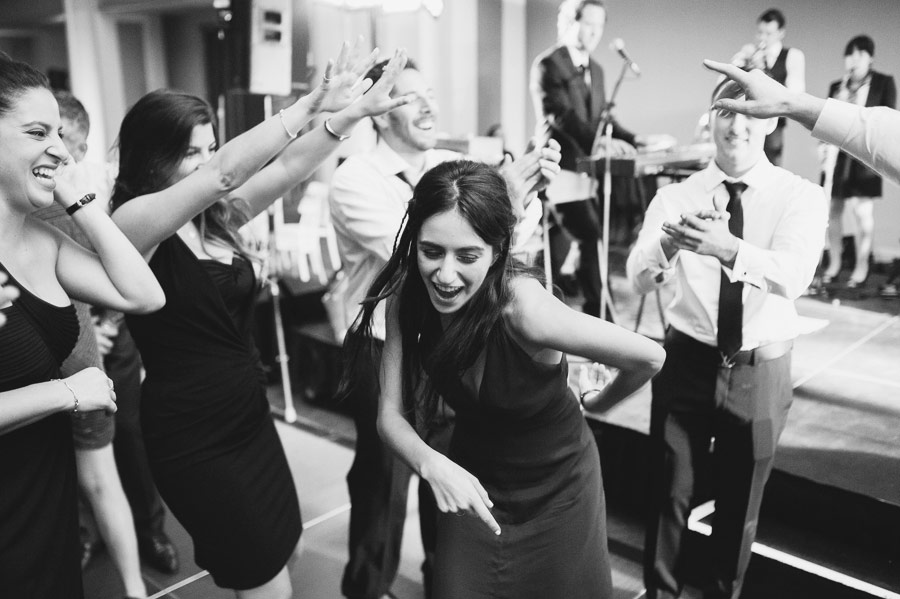 “The St. Royals were absolutely fantastic to work with. The band was incredibly talented and the music was perfect. The couple and their guests were very happy; music fit in beautifully with the flow of the evening from the ceremony to the reception. The dance floor was totally packed all night and the couple seemed to be having a blast! We are looking forward to working together again with the St. Royals!” MELISSA ANDRE - Event Planner

“Arcadian has had the pleasure of hosting The St. Royals numerous times here at the venue. They are extremely professional and easy to work with, and can always be relied on to arrive at scheduled times. They also work very well with our event staff and other vendors onsite. We’re always happy to work with the St. Royals and look forward to working together next time.” DANA MERCER - Senior Event Specialist, O&B Events 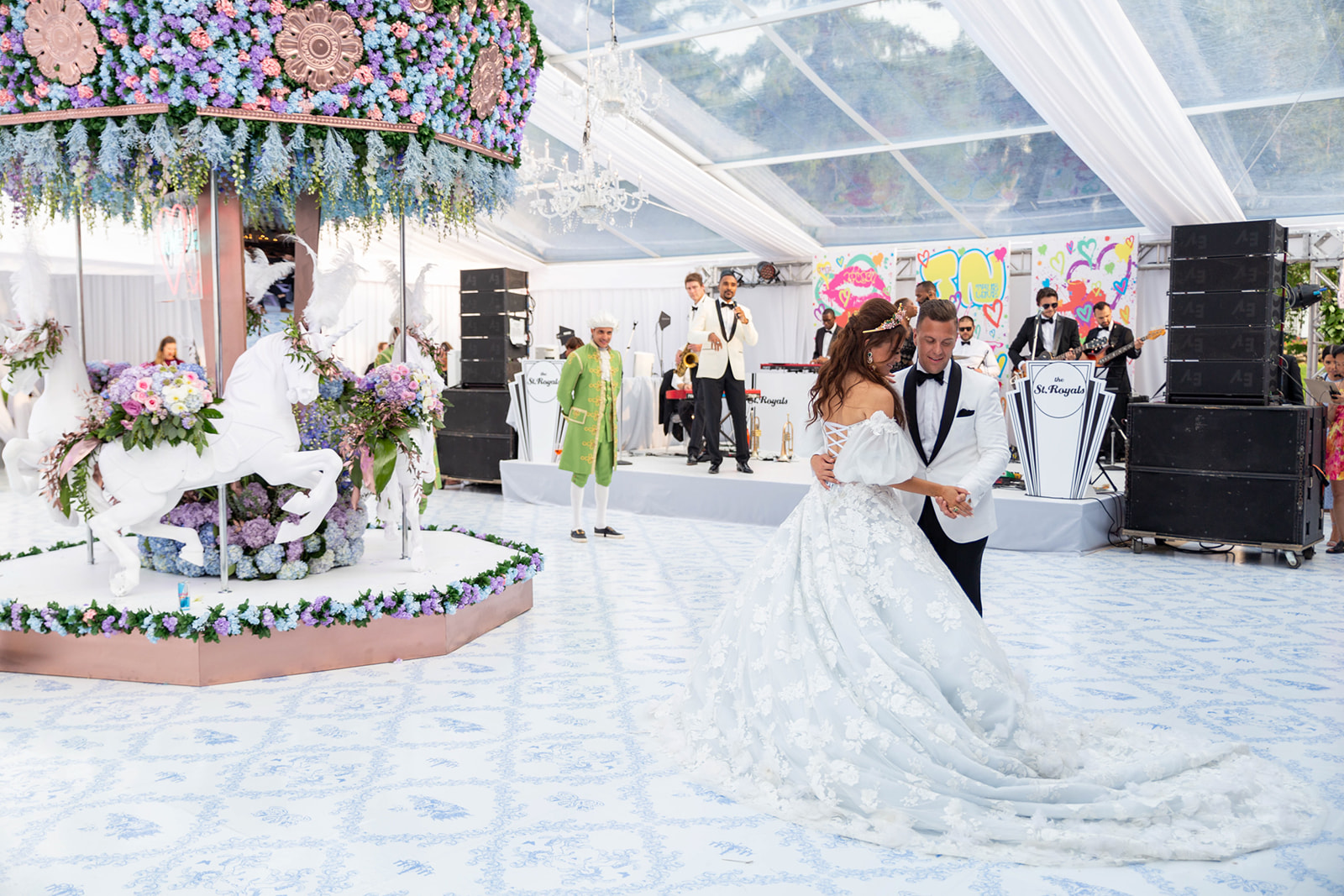 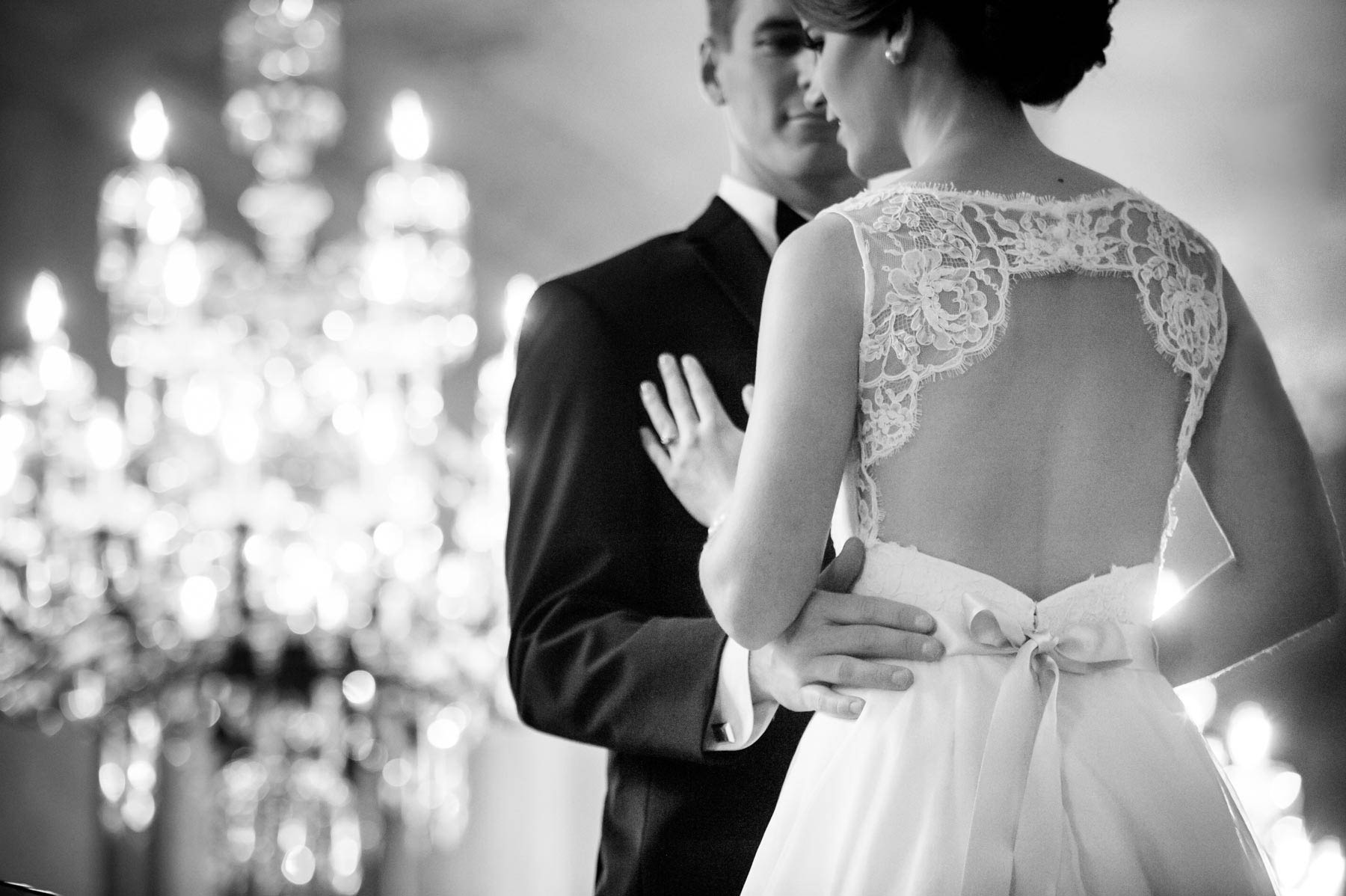 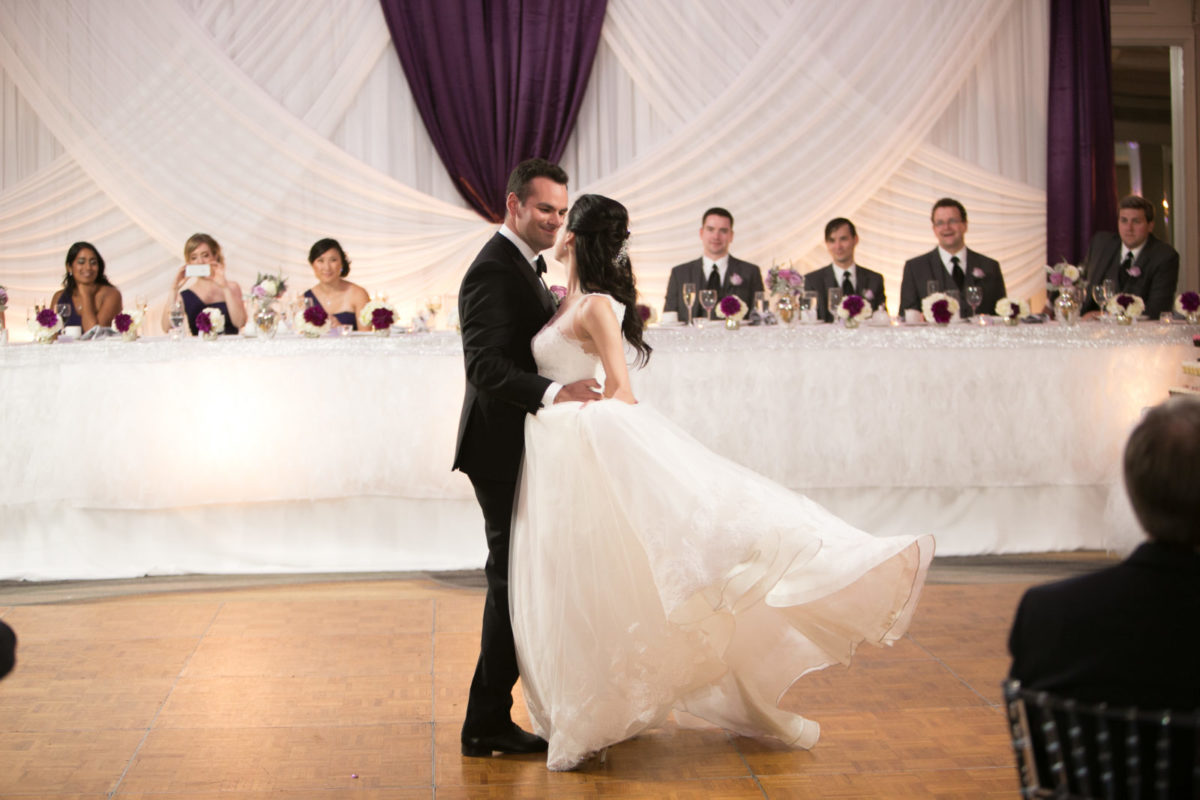 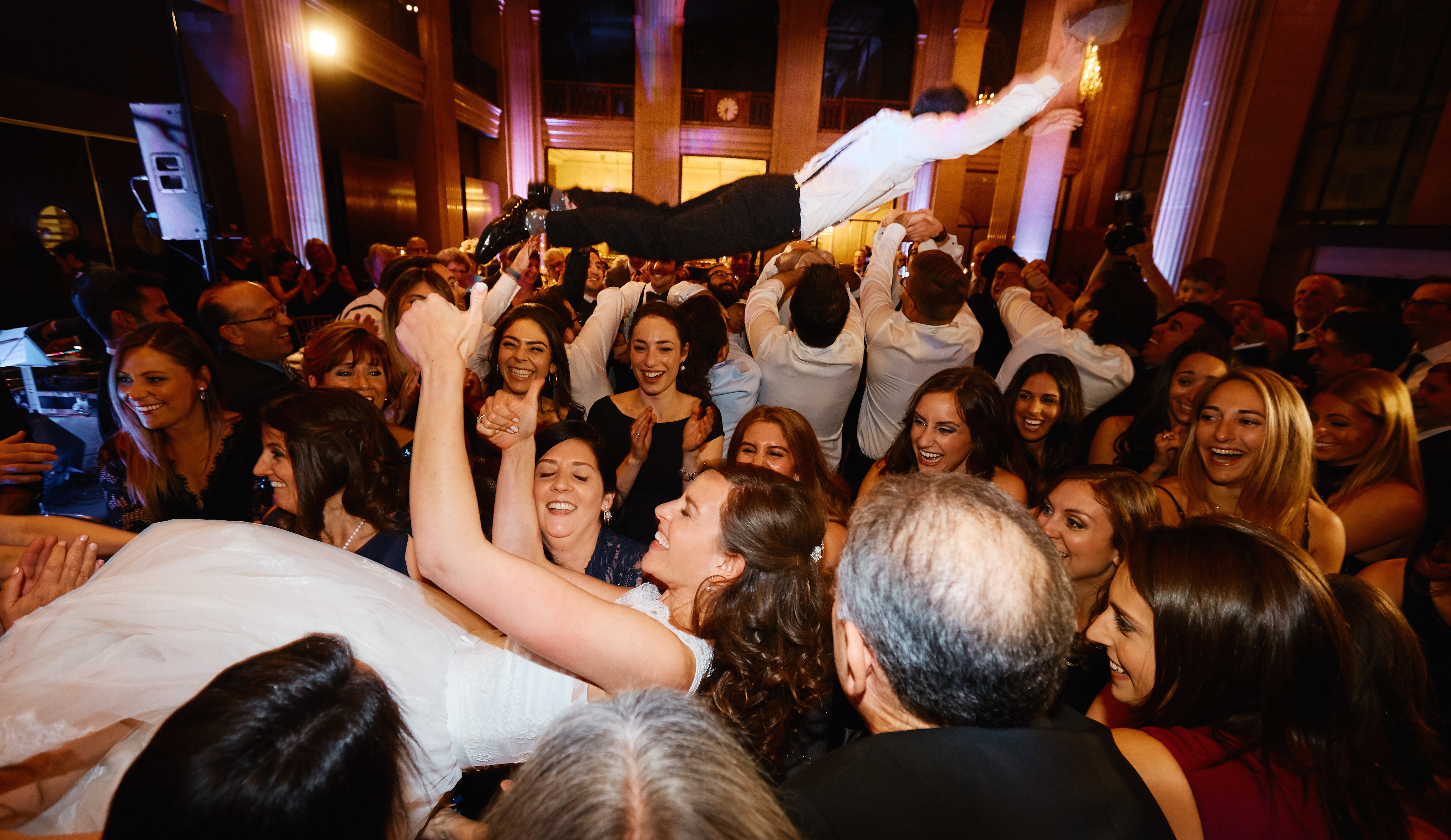 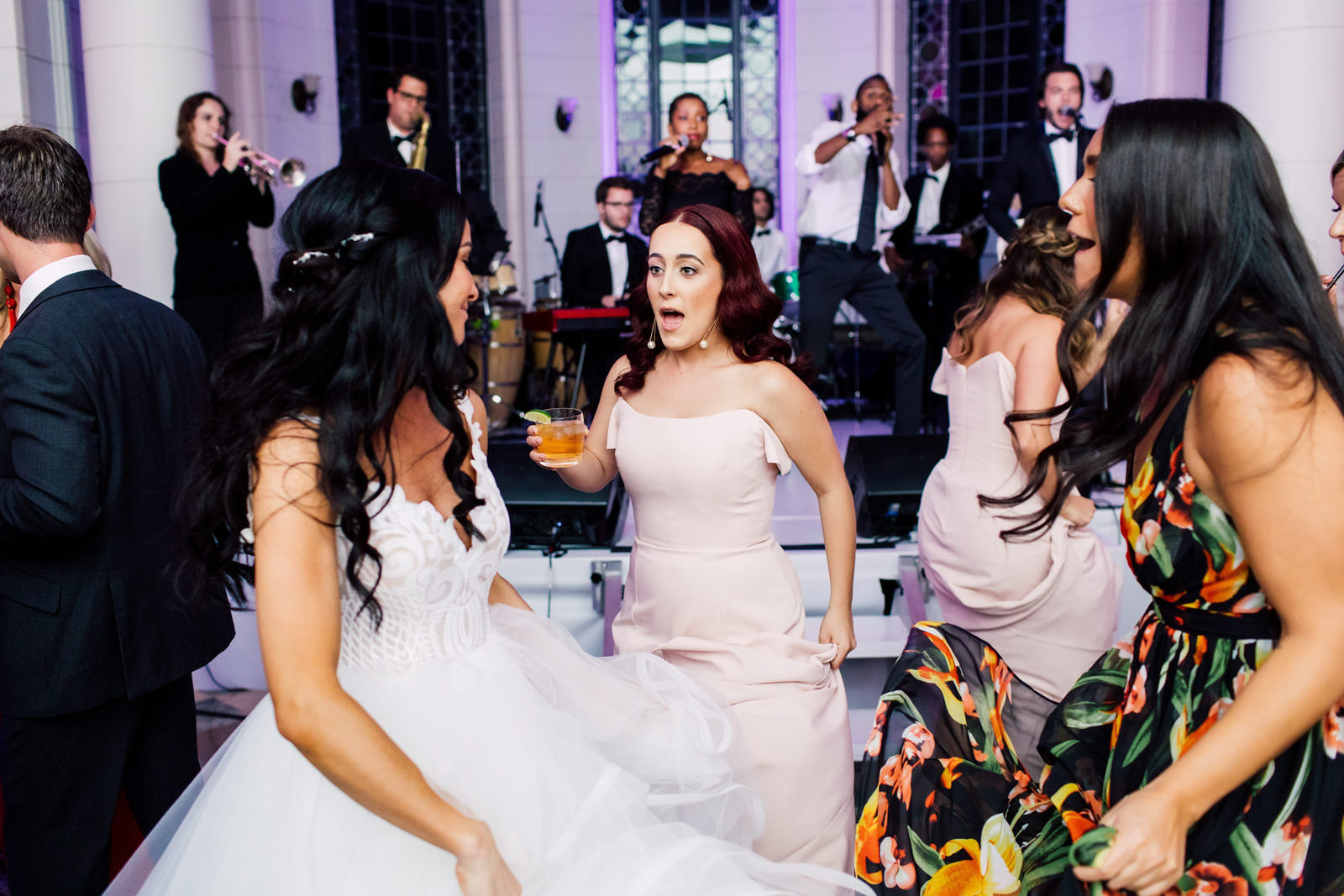